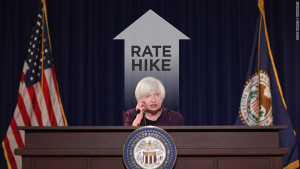 The Fed increased rates at their most recent meeting. They also indicated they will likely raise rates three additional times in 2018. Please read on for more:

First, who is the Fed and what do they do?

The Federal Reserve Board (the Fed), controls the Fed Fund Rate and the Discount Rate. These are charges for overnight loans from bank to bank or from the Fed to member banks.

What does an increase mean for regular people?
• It could cause banks to increase their “prime rates,” which are often used to calculate interest on consumer products like credit cards and home equity lines of credit (HELOCs).
• Mortgage rates are long-term rates and not directly controlled by Fed rate changes. However, mortgage rates are influenced by Fed policy, and rates can rise in anticipation of future Fed action. There are exceptions, yet home loan rates will typically follow overall interest rate trends over time.

Upcoming change in leadership at the Fed:
In January 2018, the current Fed chair, Janet Yellen, will step aside for a new chair, Jerome Powell. Time will tell whether this transition will impact overall policy.

Here’s what we know:
With the uncertainty, I’m tracking the changes carefully and am happy to keep you informed whenever you like.

Thank you for allowing me to provide you updates on industry news. Please reach out if I can answer any questions for you or help with financing (or refinancing) your home. 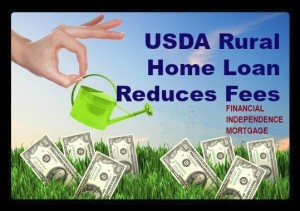 USDA has announced a reduction in the upfront guarantee fee and monthly/annual fee for fiscal year (FY) 2017 effective with Conditional Commitments issued on or after October 1, 2016 through September 30, 2017. The current and new reduced fees are as follows:

The new fee structure will save homebuyers thousands of dollars up front and reduce monthly payments significantly.

For More Information about the USDA program call: 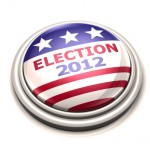 How can we expect the results of the recent 2012 election to effect our local real estate market?  Real Estate is the engine that drives not only our local economy but the global economy as well.  How our elected officials handle the Real Estate industry will determine the direction of our economic prosperity.  Check out this analysis from the RE Source guys:

Conventional Rates are going up NOW to cover Government Giveaways!

Freddie and Bankrate.com released weekly surveys to yield the results for this week.

Making the biggest waves, the GSE found the 30-year loan dropping on average to 3.94 percent nationally, down from 4.01 percent last week and 4.27 percent over the same time last year.

This marks the first time that Freddie saw the benchmark mortgage hitting lows below 4 percent.

Bankrate.com reported no new records, seeing the 30-year loan fall only to 4.21 percent, down from 4.30 percent last week.

The Finance Web site meanwhile saw a slide in 15-year fixed-rate mortgages from 3.47 percent last week to 3.46 percent this week, with 5-year and 1-year adjustable-rate mortgages (ARMs) hitting a 3.11-percent stride, inching below 3.13 over the same period.

Freddie departed from the findings by again seeing record lows for the 15-year loan, with interest rates falling to 3.26 percent this week from 3.28 percent last week.

He specifically highlights the $400-billion buy-up in short-term Treasury debt by the Federal Reserve and doubts about whether bigger euro zone economies will bail out their faltering neighbors.

Asked whether record lows for the benchmark 30-year will help stimulate demand, he says that it helps but that low consumer confidence, fears about a double-dip recession, and a wait-and-see approach to still-falling home prices keep first-time homebuyers on the sidelines.

“There’s not strong demand for credit in the housing market and that’s tending to keep a lid on borrowing costs,” Sal Guatieri, a senior economist with BMO Capital Markets, tells us.